July saw plenty of adapted stories making their way to screens large and small, from novels, comics and more, and August is no different with a slew of book adaptations on the horizon.

August also has a slate of book adaptations landing in theaters and on streamers. Two of them are from graphic novels, and one might sound familiar to fans of George RR Martin and “Game of Thrones.” For children, there is the last season of “Locke & Key” as well as “Lost Ollie” which comes from “Ollie’s Odyssey”.

Here are all the major book adaptations arriving in August 2022:

Brad Pitt directs the theatrical adaptation of Kōtarō Isaka’s novel “Maria Bītoru”, first published in 2010 and later translated into English as “Maria Beetle” (and titled “Bullet Train” in 2021 by Sam Malissa). Pitt stars as hired hitman Ladybug, who is given a task by manager Maria Beetle (Sandra Bullock), but the simple task turns out to be more complicated when Ladybug (Pitt) boards a train to retrieve a briefcase. , and the train happens to be filled with other highly skilled assassins played by Brian Tyree Henry, Aaron Taylor Johnson, Joey King, and Bad Bunny. 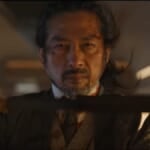 Neil Gaiman’s ‘The Sandman’ hits the small screen 30 years after it debuted on the page. Tom Sturridge stars as The Sandman himself (aka Dream aka Morpheus). It dominates The Dreaming – or the dreamlike realm of sleep – weaving worlds out of human fear and hopes. When Dream falls prisoner for a century, his absence brings huge changes to the dream and waking worlds as he is unable to hold his position. When he returns home, he must fix all the chaos that has ensued while he was away. Inter-dimensional travel brings Morpheus back in touch with old friends and foes as well as brand new encounters. Each episode is a chapter in the series that mixes fantasy and myth.

The first season of “The Sandman” is now streaming on Netflix.

Netflix’s TV adaptation of “Locke & Key” comes to an end with the third and final season. Based on the comics written by Joe Hill and illustrated by Gabriel Rodriquez, the show follows the Locke family as they return to their family mansion in Massachusetts and uncover their mysterious lineage. Their family history involves magical keys forged from strange material, and an evil force pursues them to this day. “CODA” star Emilia Jones plays Kinsey Locke, sister to Tyler (Connor Jessup) and Bode (Jackson Robert Scott), and “Scandal” alum Darby Stanchfield plays mother Nina Locke.

Season 3 of ‘Locke & Key’ is now streaming on Netflix

“Five Days at the Memorial”

Based on true events chronicled in Sheri Fink’s book “Five Days at Memorial: Life and Death in a Storm-Devastated Hospital,” this TV adaptation comes from AppleTV+. The non-fiction show stars Vera Farmiga, Robert Pine (yes, Chris Pine’s dad), and Cherry Jones. In the book, Fink investigates deaths at a New Orleans hospital hit by Hurricane Katrina. Fink, a doctor and journalist, compiled the events of 5 days at the hospital, where healthcare workers decided to rank the patients’ lives in lifesaving order. The book sparked criminal allegations against caregivers, who allegedly tried to hasten the deaths of patients with drugs.

“Five Days at Memorial” is streaming now on Apple TV+.

“House of the Dragon”

“House of the Dragon” hits HBO and HBO Max on August 21. The ‘Game of Thrones’ prequel, based on George RR Martin’s ‘Fire and Blood’, focuses on the House of Targaryen. Daenarys’ ancestors are embroiled in a civil war known as The Dance of the Dragons even before Houses Stark, Lannister, etc. do not enter the scene. Matt Smith will play Daemon Targaryen and Emma D’Arcy will play Princess Rhaenyra Targaryan, Daemon’s firstborn and older sister. King Viserys (Paddy Considine) rules, with his hand from King Ser Otto Hightower (Rhys Ifans). Olivia Cooke plays Alicent Hightower, Otto’s daughter.

“House of the Dragon” premieres Sunday, August 21 on HBO and HBO Max with new episodes weekly.

Fans of “Toy Story” and “Inside Out” are sure to enjoy Netflix’s limited-series adaptation of William Joyce’s children’s book “Ollie’s Odyssey.” The show, titled “Lost Ollie,” lands on the streamer on August 24. In it, stuffed bunny Ollie (voiced by Jonathan Groff) works to find his owner Billy (Kesler Talbot) whose parents are played by Jake Johnson and Gina Rodriguez. Tim Blake Nelson voices Zozo, a rodeo clown toy who offers to help Ollie on his quest, and Mary J. Blige voices Rosy, a badass teddy pink bear who beats to her own drum. Shawn Levy executive produced the animated adventure. 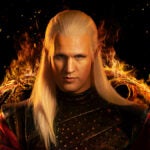 “All I Know About Love”

“All I Know About Love” by Dolly Alderton was adapted into a seven-episode season created by Alderton and directed by China Moo-Young (“Pennyworth”). Starring Emma Appleton (“Pistol”) and Bel Powley (“The Morning Show”), the story follows two childhood best friends as they experience bad dates, heartbreak and more. . The journalist’s memoirs document real events, but the series is a bit more fictional.

‘All I Know About Love’ will head to Peacock from August 25 after debuting on BBC One and BBC iPlayer in June.

This highly competitive lawyer show, adapted from Helen Wan’s novel, arrives on Netflix on August 26th. Arden Cho (“Teen Wolf”) plays Ingrid Yun, who wants nothing more than to become a junior partner at her law firm. To do this, she will have to beat her arrogant competitor (Nolan Gerard Funk). Thrown into the mix is ​​the romantic wedding of Ingrid Jeff Murphy (Dominic Sherwood), who Ingrid is remembered. Sure, at first she ends up dating New York’s Most Eligible Bachelor, Nick Laren (Rob Heaps), but who knows where this roller coaster ride will take her. Oh, and Ingrid has a sister she needs to keep an eye on too.

We’ve included this movie as an honorable mention given that it’s based on a short story instead of a full novel, but who are we to nitpick. Along with Tilda Swinton and Idris Elba, a lonely scholar on a trip to Istanbul meets a Djinn (or genie) who offers her three wishes if she can help her escape her limits. This film – directed by “Mad Max: Fury Road” filmmaker George Miller – is based on the short story collection “The Djinn in the Eye of the Nightingale” by AS Byatt, and it premiered at the 2022 Cannes Film Festival May 20.